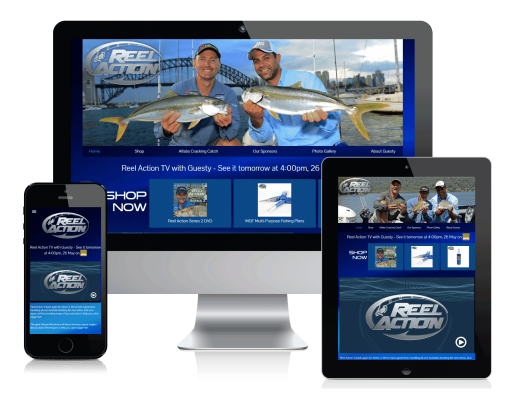 Now in its third season, Reel Action TV has been a hugely popular with anglers all over Australia. Michael Guest launched this self-produced fishing TV series, ‘Reel Action’, on Foxtel in May 2013, and moved to free-to-air TV in 2014 on the One HD network.

For the launch of season 2, I redesigned the entire site to match an updated logo and colours, the web site and TV show sharing common branding. And redesigns have been on-going for each season, up to 2021 and season 9.

Along with a promo video that changes week-to-week, the site also provides viewers to submit photos of their recent catches to the ‘Cracking Catches’ competition, and an online merchandise shop.